Prague is one of the most beautiful cities in the world, rightly named “the mother of cities”. Once you get a taste of the wonderful architecture and culture in our beloved city, you will fall in love with it!

Prague is known both for its long and rich history and for its colorful and pulsing presence. During its thousands of years in existence (the first masonry under Prague Castle dates from the year 885), the city grew from a small settlement to a multicultural city (1.3M population). Prague is the capital of a modern European country, the Czech Republic (10.6M population) which is a member of the European Union.

Since the fall of the Iron Curtain in 1989, Prague has become one of Europe’s (and the world’s) most popular tourist destinations. It is the 10th most-visited European city and is a modern city with a lively cultural scene, many museums and galleries, good dining at an affordable price, and impressive architectural heritage.

Prague suffered considerably less damage during World War II than some other major cities in the region, allowing most of its historic architecture to stay true to form. It contains one of the world’s most pristine and varied collections of architecture, from Art Nouveau to Baroque, Renaissance, Cubist, Gothic, Neo-Classical and ultra-modern.

For more info on Prague at its current state of being check out www.expats.cz.

In Prague you have many possibilities where to stay, but if you choose one of AVE hotels you will get special price with “lax” promo code. To book your stay in AVE hotels please contact Iveta Drbohlavova (ivetadrbohlavova@gmail.com). 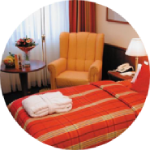 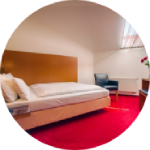 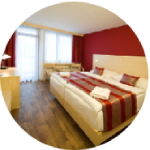 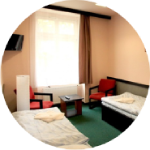 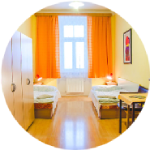